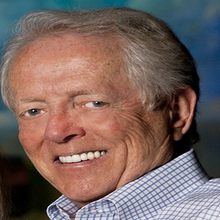 Came to Jesus in May of 1965 by reading a Gideon Bible, in a Motel room, in Arcadia California, on RT 66, reading to disprove the authenticity of the Book.After being radically saved by the power of His Holy Spirit, I spent the next three years and a half years studying His Word, the Bible.Called of God, I became a missionary to the lost young people in the hippy movement that was sweeping America in the mid to late 60's.Ten years and about 100,000 souls later, our calling came to Pastor in Tempe AZ, where we have spent the rest of our time ministering to anyone that had an ear to hear.Most of my personal studies have revolved around both the Old and New Testaments.  While studying under Pastor Chuck Smith, I became aware of the doctrine of the Rapture of the Church.The fact that I never heard of this in the religion I was raised in, I studied this doctrine from one end to the other.Finding many camps of thought, i investigated them all.Now Pastor Chuck was a pre tribulation rapture believer.  Of course I believed his position and in fact really enjoyed the hope that that position set before me as a believer.In the course of time, as the Lord sent me to minister to the lost hippies, I was exposed to other positions.To be fair, I studied them all and even embraced some of their points.When The Lord sent us to Arizona, I settled down to seek Him for a final determination on this doctrine that had so many facets.Within a few years The Holy Spirit had set my heart in a firm place and gave me this course.We have taught this in a Bible College atmosphere as well as in a full congressional atmosphere.From these came a workbook that can be downloaded to use with this course.Would love to answer any questions you have, that is, to the best of my ability.
Enroll Free